With so much going on at the Walt Disney World Resort in Orlando, Florida, we felt it was a good time to put together a list of updates.

Below you’ll find a list of Walt Disney World Updates for 2021 as they are released. The latest announcements are listed toward the top of this article.

Feel free to continue reading, or you can select any of these headlines if you would like specific information on a certain announcement.

Below are the latest updates for the Walt Disney World Parks and Resorts for July 2021.

Lots of exciting things will be happening at the Walt Disney World Resort over the upcoming holiday season! From the new Disney’s Very Merriest After Hours at Magic Kingdom to the returning favorite Epcot International Festival of the Holidays, there is something for everyone!

Additionally, the gingerbread displays will be returning this holiday season to select Disney Resort hotels. This might have us a little excited! What about you?

Disney recently released new media for Remy’s Ratatouille Adventure. We are so excited to experience this attraction. Here are the latest details from Disney:

Guests can expect a new song and scene featuring Coco at Mickey’s Philharmagic at Magic Kingdom Park. The new scene is set to debut in Disneyland and Disneyland Paris on July 17th. No date is given for Disney World, but the release says, “later this year.”

Winter Summerland sits adjacent to Blizzard Beach and shares the same parking lot. There is no charge for parking at the water parks. If your family loves a good match of putt-putt golf, either one of the Disney Courses are excellent.

Fantasia Gardens and Fairways is the other course at Disney World. It sits across the street from Disney’s Swan and Dolphin.

Below are the latest updates for the Walt Disney World Parks and Resorts for June 2021.

Guests of the Walt Disney World Resort will be able to receive new early theme park entry benefits. Per Disney, “Disney Resort hotel guests and guests of other select hotels will have the first chance to enjoy select attractions at EVERY theme park, EVERY day.”

Resort guests will be allowed to enter the theme parks thirty minutes prior to opening.

Additionally, guest of the Disney Deluxe Hotels and Deluxe Villas will gain a new later hours benefit. Per Disneys these guests will have the following benefit:

Pop Up Character Appearances at the Disney Resorts

Be on the lookout for classic character appearances at your Disney Resort Hotel. Guests can expect to encounter these characters at any given moment around the hotels. They will be sporting their Earidescent outfits to celebrate the 50th anniversary.

Disney was clear that they weren’t ready to share an update on timing. However, they do plan to reinstate the Disney dining plan in the future.

Talk about exciting news for all of you runners out there! This is one thing that so many of you have been looking forward to hearing! Below is a list of the upcoming scheduled runDisney events. Make sure to let us know if we can help you reserve them.

You can learn more about runDisney here.

Citricos has been re-imagined to a Mary Poppins Returns Restaurant

Disney’s Grand Floridian’s Citricos restaurant will re-open on July 15th and is now accepting reservations. The restaurant has been completely redone featuring a garden setting with delicate lighting providing the most intimate ambiance.

It looks perfect in the images released, and we can’t wait to sample the new menu. Let us know if you would like us to add this to your reservation list when we begin planning your next vacation.

Other Disney Restaurants scheduled to re-open:

The Salt & Straw is supposed to be a pretty big deal at the Downtown Disney District in California. Have you had a chance to try it?

You can now mobile order family night dinners from Gasparilla Island Grill at Disney’s Grand Floridian and Centertown Market at Disney’s Caribbean Beach Resort. Here is a preview of what you’ll get.

Per Disney: “Disney Family Night Dinner is available from 5-10 p.m. through mobile order and at the two resort locations offering this three-course takeaway meal that serves 3-4.”

Disney’s Polynesian Resort is scheduled to re-open on July 19th. The resort is under refurbishment at this time, and the monorail station will not be available until a later date. The monorail has not serviced the Polynesian since last October due to the ongoing renovation of the hotel’s entrance.

Additionally, ‘Ohana will re-open on July 9th, and noodles will make an appearance on the dinner menu.

Over at Disney’s Contemporary Resort you’ll encounter something pretty Incredible! The rooms at the resort are being transformed to provide touches of Disney’s favorite super heros!

Additionally, beginning July 16th, most of the first floor lobby will be closed off as a massive refurbishment begins. Guests will still be able to walk through the lobby to access transportation, the elevators, and the escalators.

The Wave will also be closing on July 15th as well. Per Disney’s website, it will also be undergoing a refurbishment.

Over at Epcot, guests can take part in the premiere of Harmonious. You might remember, this is a long awaited evening fireworks performance that includes new technology.

Additionally, Disney’s Kite Tails will debut at Disney’s Animal Kingdom. Here are the details released from Disney about this new offering.

“Performers will fly windcatchers and kites of all shapes and sizes, while out on the water elaborate three-dimensional kites – some stretching to 30 feet long – will depict Disney animal friends, including Simba, Zazu, Baloo and King Louie. These colorful creations will dance through the sky to the beat of favorite Disney songs in an uplifting, vibrant experience for the whole family.”

You can also expect to see new golden character statues representing over 50 characters in the parks.

Per Disney the following work will begin at Saratoga Springs on June 28th.

In addition, these updates were provided for the lobby refurbishment at Old Key West:

“During the first phase of refurbishment, Guests will check-in as normal in the main lobby while the den area is closed. In the second phase, the main lobby will close and front desk and concierge will temporarily move to the den. Cast Members will have access to backstage areas throughout the refurbishment.”

Make sure to take these things into consideration when selecting resorts for your next vacation.

The following resorts have now re-opened or are scheduled to re-open.

Look to the Skies for Fireworks at Walt Disney World

Fireworks returned to Walt Disney World on July 1st. Guests can now take park in nightly viewings of Happily Ever After at Magic Kingdom Park and Epcot Forever at Epcot.

*Valid park admission and a park reservation are required for park entry.

The following club level accommodations will be returning later this year and are now open for reservations.

If any of these things interest you and you would like to learn more, feel free to contact us anytime. We’d be happy to discuss anything that will help accommodate your next family vacation.

Fill out our contact form below, and we’ll be in touch shortly.

As for these 2021 Walt Disney World updates, what are you most excited about? Leave a comment and let us know. 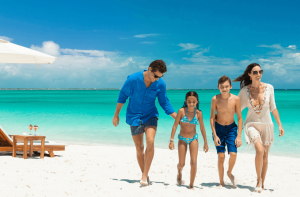 Learn more about All Inclusive Beach Vacations, and get in touch with our team to plan your couples’ or family’s getaway. 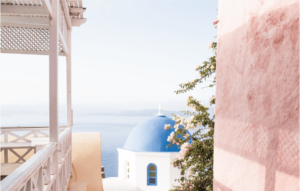 Adventures by Disney Offers, Updates, and Things to Do

Learn more about Adventures by Disney and get the most recent information about deals, promotions, travel tips, and things to do here. 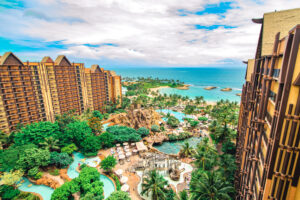 Aulani Resort and Spa Offers, Updates, and Things to Do

Learn more about Aulani Resort and Spa and get the most recent information about deals, promotions, travel tips, and things to do here. 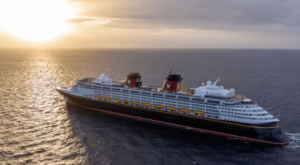 Disney Cruise Line Offers, Updates, and Things to Do

Learn more about Disney Cruise Line and get the most recent information about deals, promotions, travel tips, and things to do here. 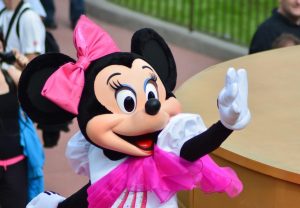 Walt Disney World Offers, Updates, and Things to Do

Learn more about Walt Disney World things to do and get the most recent information about deals, promotions, travel tips, and more.

Disneyland Offers, Updates, and Things to Do

Learn more about Disneyland Resort and get the most recent information about deals, promotions, travel tips, and things to do here.