Chefs De France is a table service restaurant located in the World Showcase at Epcot. This review covers a meal at the restaurant, along with a few thoughts about dining here.

With all of the exciting updates to the already beautiful France Pavilion in Epcot’s World Showcase, I was so happy that my boyfriend, Brennan, and I had the opportunity to walk through the area. Especially since we were visiting one of its iconic restaurants, Chefs de France, for lunch.

If you haven’t already heard the news, France is in the midst of some significant upgrades. One change already in effect is the newer Disney Skyliner, which stops right outside France at the International Gateway.

You can now ride in the sky over to Epcot from Disney’s Riviera Resort, Caribbean Beach, Art of Animation, and even Disney’s Hollywood Studios. When arriving via Skyliner, you can see the gorgeous new additions to France toward the rear of the pavilion.

Additionally, this October, the France Pavilion will host a brand new attraction! Disney is adding Remy’s Ratatouille Adventure just in time for Disney World’s 50th Anniversary Celebration later on this year. The ride debuted in Disneyland Paris (naturally) and proved so popular that it was only fitting that it also found a home in Florida’s France!

Since neither of us had eaten at Chefs de France, we were looking forward to our reservation. However, before lunch, we had some time to spare, so we walked around the pavilion. First, we checked out the new area leading back to where the ride entrance will greet guests.

Disney did an excellent job with it. The architecture was quite beautiful. It looks like a charming street in a French village with flowers blooming in window boxes, pale blue window frames, and neatly trimmed topiaries. If you didn’t know any better, you might think it was a real street that had existed for years and years. That’s Disney Imagineering for you!

Toward the end of the street is where the new Crepe shop, Crêpes à Emporter, will be located. As of now, you can see the pick-up window and a blank menu board there. I am SO excited for this- what could be more fitting in the France Pavilion than a spot devoted to the delectable French specialty?

After our exploring, it was time to check-in for our Chefs de France reservation.

It’s hard to miss the restaurant as it is toward the front of the pavilion. It’s right near the bridge you cross that sits between France, the International Gateway, and the United Kingdom Pavilion.

After a few moments of waiting next to the fountain, our hostess escorted us inside. We were having a late lunch at around 2:00 p.m., so the restaurant wasn’t as busy as I suspect it usually would be. Throughout our meal, I felt we had attentive but not hovering service.

For appetizers, the restaurant offers a variety of classic French cuisine, such as Cassolette d’escargots de Bourgogne au Beurre Persillé (Escargot), Soupe à l’oignon Gratinée (French Onion Soup), and Salade de Chèvre Chaud (Baked Goat Cheese). I’m sorry to disappoint anyone hoping for the most adventurous review; Brennan and I did not go with the escargot!

Instead, we opted for the Assiette de Fromages et Charcuteries. For those not fluent in French, we got the charcuterie board. This was definitely our go-to on this trip as just the day before, we ordered one at Wine Bar George (which was delicious, by the way).

This charcuterie board was very similar to the one we ordered before. It featured a pate, prosciutto, Swiss cheese, walnuts, brie, walnut bread, and grapes. We found it a little bit disappointing; I wish there had been a few more different kinds of meats and cheeses.

However, what was there was pretty good! Truthfully, I had never had walnut bread before, and I immensely enjoyed it. It paired very nicely with the brie and the grapes. As I mention in my Wine Bar George review, Brennan and I are not the biggest pate lovers, so this was the only item left on the plate.

It is worth mentioning, also, that a delicious baguette and butter is served at this restaurant. It was warm and had a crusty exterior, which is oh-so-good. We ended up eating some of it with what came with the charcuterie board, which was quite tasty.

For our drinks, Brennan and I selected the white house wine. It was good, but I don’t think it was anything to write home about (although I suppose I am writing about it in a blog post. Does that count?).

Although I greatly enjoy out-of-the-box cuisine now and then, I am a person who loves the classics. We were in France, and I love the Pixar film Ratatouille, so is it any surprise that I ordered the famous dish? I think Chefs Remy and Linguine must have been back in the kitchen preparing it because it was delicious!

The presentation was lovely, with quinoa atop a bright and colorful vegetable blend placed in the center of smooth tomato puree. The drizzle of pesto over everything completed the dish. The flavors all went well together. I appreciated that it was a warm and filling dish, but it didn’t feel heavy or make me feel sluggish, which is just about the last thing you want when you have a day in a hot Orlando theme park to continue when your meal is done.

For his dish, Brennan ordered the Filet de Saumon. I think we both liked this, but for me, it was not the most spectacular thing I have ever eaten. This dish featured white wine and lemon marinated salmon, broiled and served with rice in a champagne sauce. It crossed my mind that it seemed like something we could have made ourselves at home.

We also both got desserts. I selected the Salade de fruits rouges à la Menthe, a berry salad with mint syrup, and a madeleine. This was such a fresh and light dessert, which kept with the theme of the meal. The madeleine reminded me of a slightly more solid version of angel food cake. The berries it came with were strawberries and blueberries, which worked well for me. In short, I found it refreshing and delicious.

The dessert that Brennan went with was the classic Crème Brûlée. I enjoyed his quite a bit, too. I am a sucker for the dessert anyway, and I think the restaurant did it justice. The sugared top made a nice crack when Brennan broke in, and the inside was sweet and creamy, just as it should be.

To recap, we both enjoyed the restaurant. For me, the star was my entrée ratatouille. However, I will say I am not sure that our overall experience was compelling enough, such that we need to make a fast return. I am happy that I finally tried out this iconic Disney restaurant (hey, it only took me 20 trips!), but my priority going forward is going to be trying out new places. Monsieur Paul, the other sit-down dining location in the France pavilion, is very high on my list of what I want to do next.

This article was contributed by Erica Seman of Firefly Travels. Make sure to contact Erica when planning your next Disney vacation! She has written several other recent dining review including:

If you are considering a Disney vacation, make sure to check out our full list of the Walt Disney World Resorts or you might enjoy our guide to luxury Disney hotels.

Thanks for joining in on this Chefs de France review today. Have you had the opportunity to dine there yet? And where else should I plan on eating on my next trip? Let me know below in the comments. 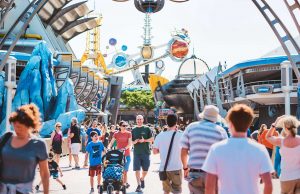 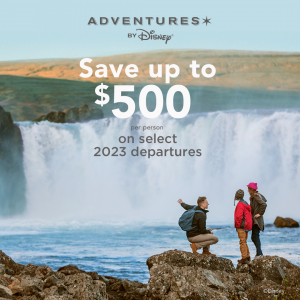 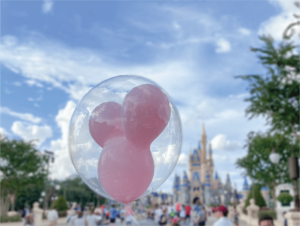 Planning a Disney Vacation Yourself vs. Planning Disney with a Travel Agency: What’s the difference?

Hiring a Disney Travel Agency will take the stress off your shoulders, leading to a more magical and memorable Disney vacation. 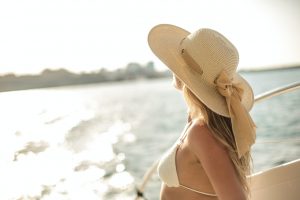 6 travel tips that will have you ready for your next trip!

The very best quick travel tips from a travel agency that’s done it all. Travel lighter, faster, cheaper, and more freely with these tips! 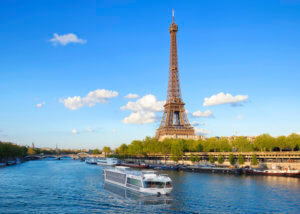 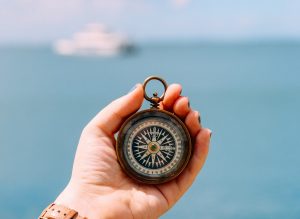 Firefly Travels is expanding, and we are looking to add a few qualified agents to our stellar team of travel professionals. We are a boutique